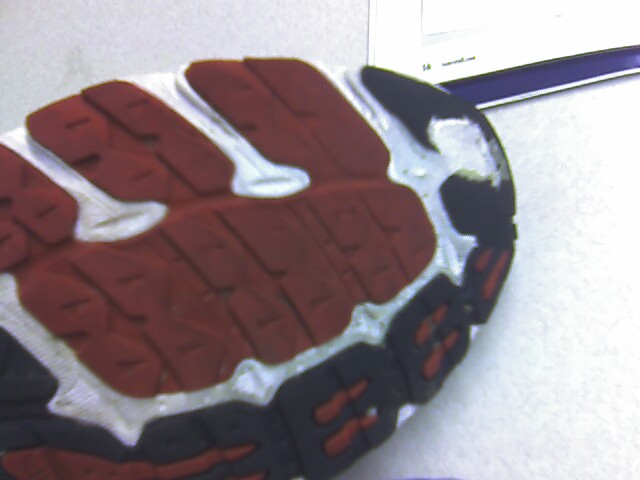 A miserable but beautiful 14 miler at 5:40 am #twit2fit #running

However, this was a nice, calming experience. The first natural light didn’t start appearing until I was near mile 10.

There are a couple of neighborhoods that I cut through to safely get from Bardstown Road to Hurstbourne Parkway and then from Taylorsville Road to Billtown Road. I usually head in the opposite direction first when doing pre-dawn runs, so I had no idea that a couple of those neighborhoods are lit up like Christmas trees. I have to admit that the uniform lighting gives some strange sense of security which disappears when heading on to the intermittent street lights and sparse cars on the main road before dawn on a weekend.

Running right at dawn seems to put just about any neighborhood in its most picturesque view. I run through a neighborhood that isn’t visually appealing in the daylight, but the fact that it is laid out on a hill gives it a clear view of the dawn peaking over the hills.

I’ve spent the past 6 months working up to this day.  Twice in the past 16 months, I’ve been sidelined from running for more than 6 weeks.  I began running everyday at the end of my last injury recovery, making it my goal to be able to run the next day, and trying to increase mileage by about 2.5 miles per week (0.1 mile per day, with two half mileage days).  Once I was up to around 50 miles per week, I felt comfortable that my bad habits had subsided enough to introduce rest days.

As for the marathon race itself, this was my fastest marathon by 7 minutes and 25 seconds, but it was not my best performance.  My Flying Pig Marathon last May (just before all the injuries) had even splits to negative splits.  However, I did manage to run this race without my GPS watch on–just a simple stopwatch.

I started this race out at a pretty solid 7:30 to 7:40 pace.  My stated goal time was 3:18, and I was right on target at the 10k split.  That was probably a sign of trouble right there.  I was running at the peak speed of my natural stride.

The 10k-halfway segment was only about 4 seconds slower pace.  At the half, I was at 1:39:40, which would be a 6 minute and 28 second PR for a half (although, that half PR was set the Saturday before my old Marathon PR, so I probably held back.)

This is the point where my training has fallen short:  My longest race this year was before my injury–a 10 miler.  Since recovery, I haven’t run a race longer than 5k.  I neither had the mental fortitude or mental training to adjust my pace.

I faltered around mile 16, and my splits started slipping past 7:40 to around 8:30.  The 30k split actually benefited from a descent down an exit ramp.

Around mile 20, I was no longer shielded from the wind that was whipping all around.  For the last 6 miles, I was perpetually running with my head down, arms flailing, running sideways…  anything to push through the wind.  For the final few miles approaching and in downtown Indianapolis, the wind blew even harder, whipping between the buildings.

Post race, I struggled to stabilize myself while retrieving food and powerade.  The 1 mile walk back to the hotel was brutal, and slow–but I still managed to get back to the hotel sooner than I would have finished my first marathon time in…  4:34 vs. 3:32.

A comparison of hitting walls:

It’s amazing how differently hitting a wall looks today than in my first marathon (OBX in 2007).  I hit those last miles at a 12 minute pace.  There was a lot of walking.

For my marathon today in Indianapolis, the wall constituted of a 8:56 average pace segment.  More importantly, only two of those miles were slower than 9 minutes.

Runners: Careful with the NSAIDs

From Caring Medical – Sports Injuries – NSAIDs: Why We Do Not Recommend Them:

The following statement comes from a well-known sports medicine book that has gone through five printings. “In spite of the widespread use of NSAIDs there is no convincing evidence as to
their effectiveness in the treatment of acute soft tissue injuries.” (Bruckner, P. Clinical Sports Medicine. New York City, NY: McGraw-Hill Book Company, 1995, pp. 105-109.)

This is a true statement, but definitely not strong enough. More appropriate would be something like, –In spite of the widespread use of NSAIDs there is substantial evidence that they hamper soft tissue healing.–

In the past, I have used NSAIDs in my marathon training quite regularly. I don’t have anecdotal evidence that they hampered healing. My specific problem with taking NSAIDs (generally Ibuprofen) was that I would tend to not be conscious of pain from injury and run through it, causing additional damage which would take longer to heal, which would require additional NSAIDs to relieve the pain from.

In this last build-up of 1400 miles, I have probably taken 2800 mg of Ibuprofen for joint or muscle pain the entire time. Whenever I have, I have made sure to not run during its dose-duration of 4-8 hours, which usually means that I take it before bed or on a rest day.  While this strategy doesn’t resolve the slow healing problem, it at least ensures that I do not compound the injury.

Some more discussions of NSAIDs:

If you’re going to race, you have to maximize your performance. Now, most of that comes long before race day. You should have been training for marathon race day in mind for at least the last 16 weeks… Maximizing your performance means listening to your body. Part of your training for the marathon should have been toward understanding what your body is telling you. It’s good to practice this at progressively longer distances: 5k, 10k, 15k/10mi, 13.1 miles… Each one of these distances has a different feel in terms of the speed and fatigue factors.

To paraphrase some pacing advice I received:
On race day, start out by running at a pace that you believe you can sustain for 26.2 miles [forget what your Garmin is telling you]. Constantly listen to your body, the conditions, and the terrain. At mile 20, if you’ve run the race properly, doubt and some serious fatigue will set in. At that point, run like hell until you finish.