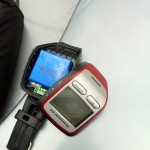 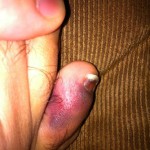 I’ve run in Chicago, NYC, and (yes) even the KDF before when updates were free.

Now, you can pay for the opportunity to be notified. No free notification mentioned (which is very helpful in letting a family member know if you need help, etc…)  At the 10-, 15-, 25- and 30-km markers, that means mini marathon participants (the overwhelming majority of participants) only get 2 updates.  Marathoners, of course, would get 4 updates. That’s $1 or $2 per text…  And from the wording of the below ad, that’s $3.99 per notification method/person being notified… probably should post those updates to Facebook for the most bang for your buck.