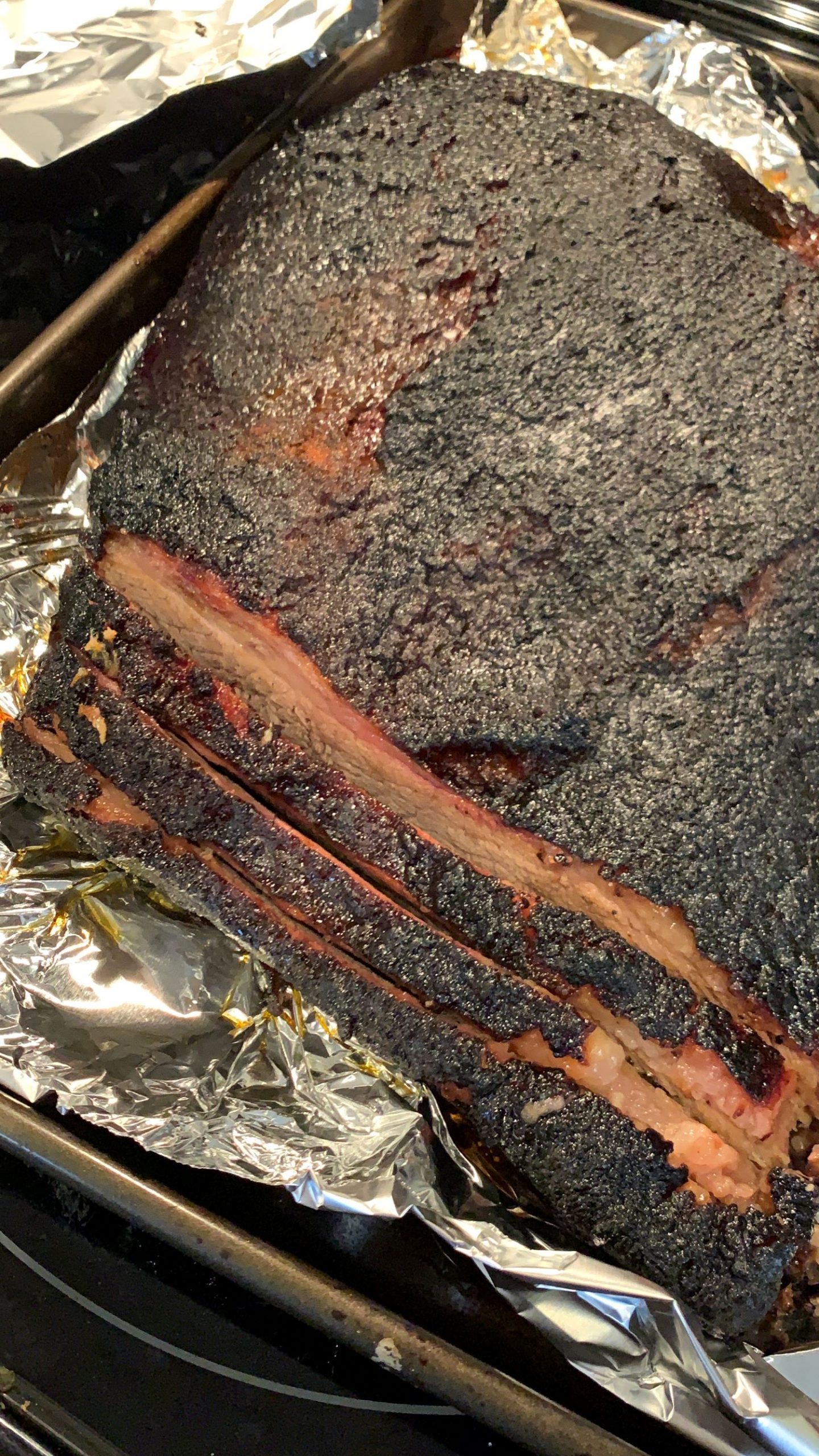 At the beginning of the pandemic last year, I wasn’t dealing well with it. The scare TP and *everything else* phase hit a little hard on top of all of the other panic. So I smoked a brisket. Here’s the general procedure:

I had better luck with brisket from Sam’s Club than Costco, but this was at the early phases of the pandemic, so that might have been part of the problem. 10 lb brisket, good marbling and a fairly trim layer of fat on one side.

40% oak wood and 60% charcoal aiming for 250-275℉ on the hood thermometer. I let the oak wood burn fuel for the fire with whatever smoke it produced. I laid the brisket fat side up at the other end of the charcoal grill chamber from the smoker box and maintained charcoal/wood fire for 5 hours.

After about 5 hours, I’d gotten as much smoke as I wanted, so I put the brisket on an old cookie sheet and wrapped fairly tightly with heavy duty aluminum foil and put in the propane grill chamber opposite the burner that was lit as low as it would burn. At this point I stuck in the digital thermometer and monitored for 195℉. Once it hit target temperature, I brought it inside and let it cool a bit (mostly to make sure everything else is ready).

I know it will be blasphemy to most, but you can carve up extra thick slices (~1 inch thick) and freeze, for later slow warming in the toaster oven.