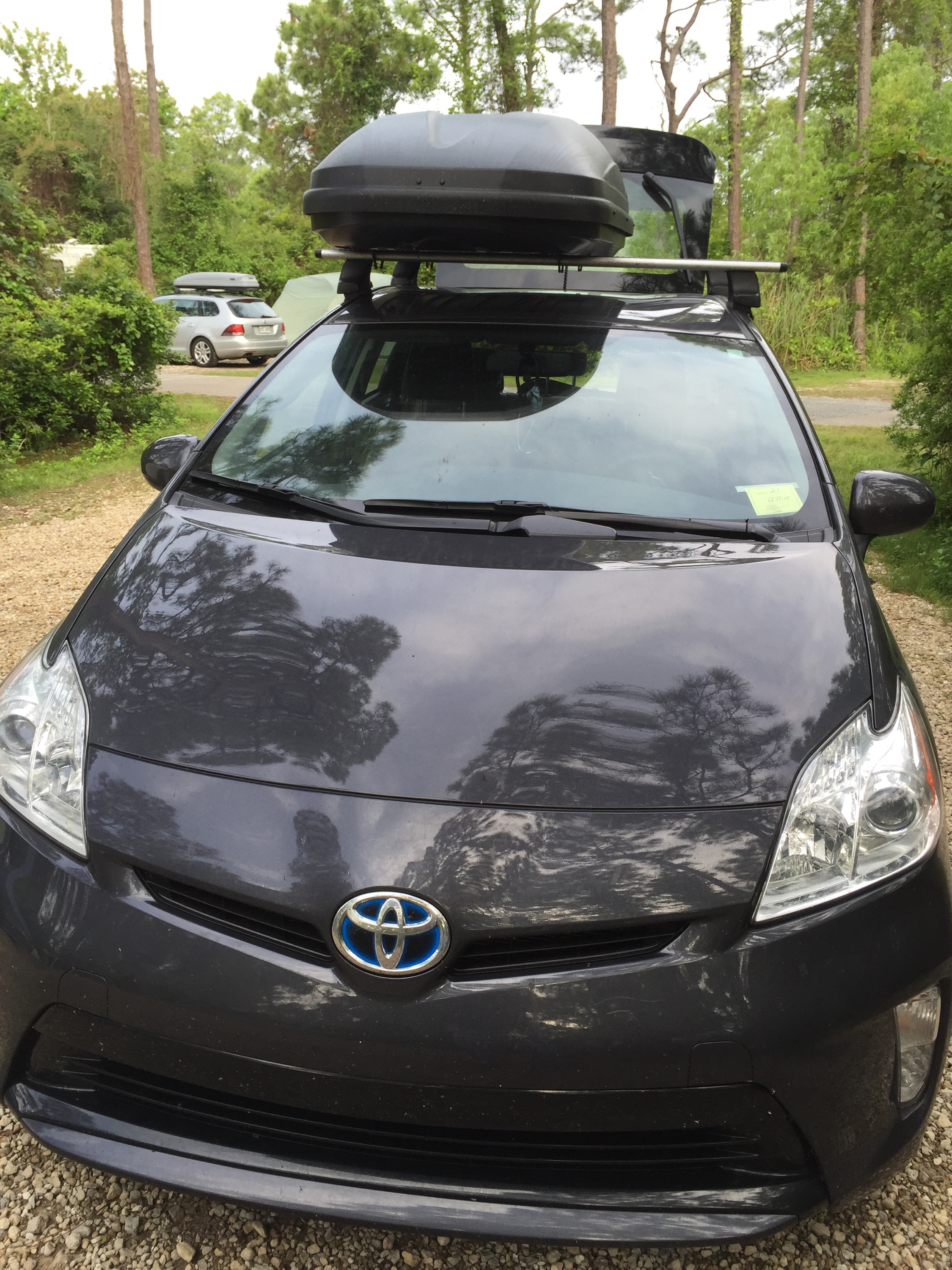 The Prius has definitely been a very geeky car to play around with and figure out. It’s been fun to see how various environments and driving styles impact it.

The brutal winter earlier this year was pretty frustrating on gas mileage. The only driving done in the car was done with the engine running constantly just to try and warm up, and I discovered that there’s no good way to get a Prius warm enough to melt the ice on your windshield unless you edge it into the sunlight. There were a few tanks that I got 33 MPG on.

Of course, the biggest gas mileage benefit of the Prius was when we were driving 4-8 miles back and forth on St. George Island at 25-35 MPH. I’d occasionally make trips without the engine even turning on, and the average trip MPG was over 50 MPG.

Ok, I had the Mohu Leaf working for almost the entire house using the DirecTV cable in and with 2 indoor antenna amplifiers on the HDTVs. The signal was almost strong enough just by putting it against the side of the house facing the station antennae (according to AntennaWeb, even though we’re about 20 miles out from the station broadcasts. One downside was that the paper thin design was too prone to being blown around by storms.

Decided to upgrade to the Sky and have it “mounted” on the inside of our privacy fence (with open air in the direction of the antennae). I plugged the amp into the 4-way splitter and removed all other amps. We’re now even getting the obscure channels.

I bought the 39″ Seiki 4k display on a whim as it was only $389 at Amazon and Newegg, after reading a post from another programmer about using it as a coding display. My initial findings and notes:

I am now mostly using the settings listed in this article, except with a brightness of 35: